An Energy Descent Action Plan (EDAP) is a localized plan for responding to and planning for energy descent. EDAP aims to look beyond just the energy issue to incorporate other sectors including the economy, education and health. It is a multidisciplinary field designed to bring individuals, groups and governments together to improve the quality of life. It provides better ways to work in tandem with nature rather than work against it. Not only is it meant to come up with new energy resources to supplement the use of oil (increased oil use is referred to as "energy ascent"), but also to readdress the already existing and future damage to the environment. An EDAP is designed to help residents coexist with nature while reducing dependency on fossil fuels. (Chick, 2011) 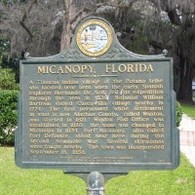 The idea of an EDAP stems from the teachings and learnings of permaculture. The idea is fully described in the book "The Transition  Handbook - From Oil Dependancy to Local Resilience" by Robert Hopkins. The transition movement, as it is called, has become a world wide reality. It includes many initiatives in many countries. There are several in Florida, with the first being formed in the small town of Micanopy. There are now 4 official initiatives in Florida: Micanopy, Sarasota, Venice and Tampa. Included in these growing initiatives are unofficial groups just getting started known as "Mullers". When a "muller" initiative becomes official in a given location, they are then added to the database for the public to view and interact with. (Transition US, 2013)

Having an EDAP regarding food source is extremely important considering food sustains life. It is found that supermarkets and retail stores in general only stock about 3 days worth of food. In the face of global warming and climate change, it is vital that the state government comes up with measures that ensure food security. The decline of available and accessible oil will also have an adverse affect on food supply considering oil is central to all steps in the food chain: production, processing and transport. As oil becomes more scarce, we will see an increase in food costs. Furthermore, other countries might not produce enough food themselves, hence will have none for sale. To help mitigate this issue, the state of Florida should emphasize the use of an Energy Descent Action Plan. (Chick, 2011)

(This site is being updated occasionally by Adjunct Professor Abigail Gage. 3/8/2014)